A friend of mine once protest online, "End Bride Price, We Want To Marry Too!". I share that post actually but only because I had a good laugh.

But today, I will be sharing with you guys a list of the most expensive places to get married from.
You can still go ahead to plan your wedding ooo but at least I give you heads-up as to what you should be preparing for while dating your heartthrob.
It's no new news that the highest-grossing market in the celebration industry in Nigeria is the Wedding industry.
Statistics show that our curve has never bent, it's always on the rise with each new year.
I remember going for a wedding reception earlier in 2022 only to find out at the same venue there were 6 other receptions going on!
Who still remembered that CNN article? "Inside Nigeria's Multi-Million Dollar wedding industry".
Definitely, this phrase "Saturday is for the weddings" is not new to you. I can keep on going oo.. A lot to say about this rich industry.
But back to the topic of discussion. Most Expensive tribe to marry from.
1. Tarok (Plateau State): Down in the plain of southern Plateau state are the Tarok. With bold, beautiful, hardworking, intelligent, and brave girls.
Though sometimes their women are perceived to be too outspoken, that is what makes them more interesting.
They stand for their right and defend their home. What kind of wife will you look for rather than one who got your back always!
Lol, someone is suspecting already that I am dating a Tarok girl. As an alpha male, know the choice I will go for. An alpha female.
All women are Alphas!
To marry a Tarok girl, you have to build a traditional roundhouse among other things though this has been monetized now, it is always weird to me that I have to build a whole house before I can marry a Torok girl.
It is totally worth it sha.
Note that that is not just the bride price, a list will be given to you and never to forget, your brides' maternal uncles are waiting too.
2. Okrika (Rivers): Rivers State is home to the Okrika people. Okrika people belong to the Ijaw ethnic group, and the Okrika clan primarily resides in these nine cities: Okrika, Ogoloma, Ibaka, Ogbogbo, Ogu, Abuloma, Isaka, Bolo, and Ele, with fishing and farming as their primary occupations.

The bride worth tradition is equally important among the many Okrika people as it is in other parts of Nigeria, and it is taken to a different degree.

A groom planning to marry an Okrika girl should budget at least N400,000 for the bride's father and N250,000 – N300,000 for the bride's mother, bringing the total amount spent on the bride's parents to about N700,000. It's worth noting that this excludes other family members such as children, single women (bride's age group), grandfathers and uncles, as well as the mother's relatives. An Okrika bride's worth and marriage checklist can sometimes be as low as N1.5 million.
kai, Omo!
3. Kalabari(Rivers): The kalabari people are of the Ijaw nation. They are in almost 33 towns and communities of Rivers State.
Buguma (or Bukuma), Abonnema, and Bakana are their most important cities. They're also said to have been the first group of people in Nigeria to collaborate with Europeans, Indians, and a variety of international teams, as evidenced by the way the society is organized into Homes or Groups of Homes using European and Asian methodologies from the 14th and 15th centuries.
One thing worthy of note is that the Kalabari people have one of the most outrageous bride prices in Nigeria. A potential groom may be subjected to a variety of financial funds, as well as "buying the bride's mouth." Many of the funds and the eventual bride's worth exceed N1 million in the long run.

4. Ibibio (Akwa Ibom): The Ibibios and the Annangs are sister tribes in Nigeria's oil-rich South-South, Akwa Ibom. The Ibibio constitute a larger proportion of the Akwa Ibom population, and they are distinguished by features such as fair skin, short stature (ibio, which means quick), and, in some cases, gap-tooth. Getting married to an Akwa Ibom bride is not only expensive but also difficult due to the numerous requirements.

Marrying the primary daughter of an Ibibio household, known as 'Adiaha,' is not only difficult and time-consuming but also requires a number of traditional rites, such as bearing a sacrifice and participating in a ritual ceremony, as well as requiring the groom to purchase a cow (we will focus on this in a later put up).

Though traditional marriages in the Niger Delta are similar to those in other parts of the South-South, the effectiveness of traditional marriage rites in Ibibio land in respect of the first daughter (Adiaha) and the specific rites (Awa Oduongo) must be solemnly performed for the lady to be considered properly married by the person.
5. Mbaise(Imo State) One thing Imo has always been in the news for apart from their governor controversially coming to power is the exuberant bride price. Gosh, it has trended on Twitter like 200 times every year! LOL joking but you get the gist now.
Mbaise has always been at the heart of the costly bride worth checklist saga and is thought to be one of the most infamous individuals recognized for milking grooms in the name of traditional marriages.
It is undeniably costly to select a Mbaise bride. Certain factors, such as the bride's level of education, her course of study in a tertiary institution, and a variety of other factors, are major determinants of bride costs and marriage lists in Mbaise.

An unwritten rule of the Mbaise people, according to hearsay mills, is that ladies/brides are considered property to their males and their families. The cost of a Mbaise bride can sometimes exceed N100,000, with marriage lists costing up to N800,000, bringing the total cost to well over N1 million.
Though some Mbaise families are said to be "wealthy" and will accept less, the general consensus is that Mbaise bride costs and marriage lists are prohibitively expensive for a groom and his family.
6. Fulani or Bororo(Adamawa state): The Fulbe, who make up 60% of Adamawa's population, are members of Adamawa State's Bororo tribe. Because the Bororo are primarily nomadic, they do not have as many demands as the rest of this group, but that does not mean that their traditional marriage rites are cheap.

The bride's family expects a Bororo man to provide 10-15 live cows when he marries a Bororo woman. This sum exceeds N1 million and is in no way indicative of the bride's worth.

When paying the bride's worth of a Bororo lady, the bride's household considers several factors, one of which is the depth and wealth of the potential groom. This enables the bride's family to properly dimension the groom and decide how to send him a list.
7. Ikwerre(River): Omo rivers again! Nawa ohhh
Ikwerre is without a doubt one of Nigeria's oil-rich Niger Delta region's sub-Igbo teams. Despite the fact that they are considered a subset of the larger Igbo group, some Ikwerre people have denied being Igbos and even claimed that their language, 'Ikwerre,' is distinct from Igbo.
The Ikwerres are a little scared of bride prices and marriage lists generated by the bride's family. Being united to his bride could cost N1,000,000 (a million Naira) or more due to the bride price and marriage checklist.

The Ikwerre believe that their daughters are so meticulously groomed that any man worthy of them should be willing to pay a high price to marry them.
8. Efik(cross Rivers): Efik, and that Calabar, the south-south ethnic group based in Cross River, constitutes a larger proportion of the Calabar population. The Efik people speak 'Efik' and eat 'Edikang Ikong,' which is their signature soup.

The standard Efik marriage is not only costly but a potential groom is also expected to throw a carnival-like event for the standard marriage, especially if his bride comes from a powerful family.

An Efik bride is valued in Euros, not the official currency of Nigeria, the naira. Because of the significant impact of colonial actions on the Efiks, this is the case.

9. Ogoja(Cross Rivers): The Ogoja people may still be present in today's Cross River State, particularly in the Ogoja local government, which is named after them. The most important communities in Ogoja are the Ekpogrinya, Nwang, Esham, Nnang, Egbong, Ewinimba, and Banasara. Meeting, purchasing, and crossing off the various items on the marriage checklist before the lady is finally handed over to the groom and his family is no easy task among the many Ogoja people.

While Ogoja is said to have a custom of returning the bride's value to the groom after the ceremony, the bride's family retains ownership of the lengthy list of items required for the rites.
10. Annang(Akwa Ibom): The Annang ethnic group is undeniably one of the Niger-ethnic Delta's groups, especially in Akwa Ibom State. After the Ibibio ethnic group, this is the state's second-largest ethnic group. Abak, Essien Udim, Etim Ekpo, Ika, Ikot Ekpene, Obot Akara, Oruk Anam, and Ukanafun in Akwa Ibom State, as well as a portion of Obi Ngwa, are among the eight local government areas in Akwa Ibom State.

Any groom who wishes to marry a woman from the Annang ethnic group must be prepared to carry out the traditional marriage rites, which are unquestionably expensive due to the large number of items and fees that the groom must purchase and pay for.

I will end again with my guy protest message, "End Bride Price, We Want To Marry Too" 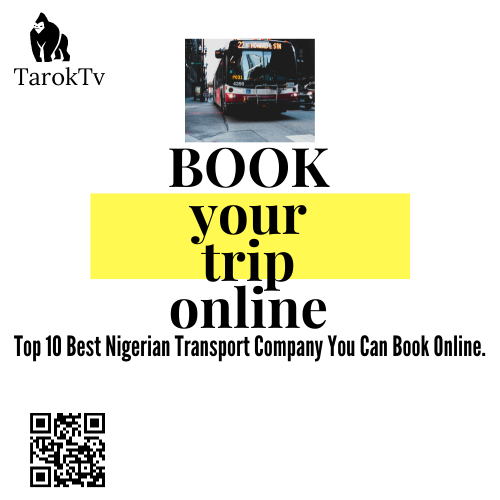 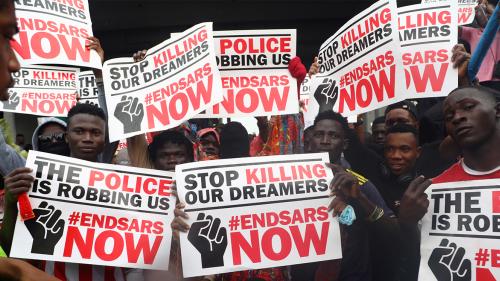 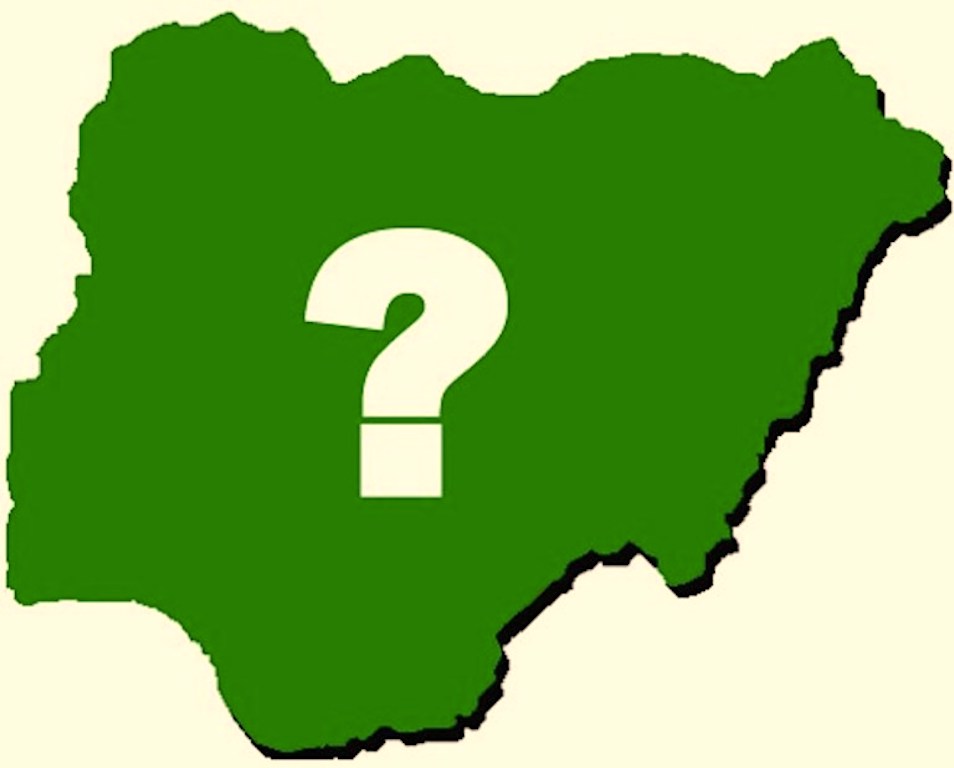